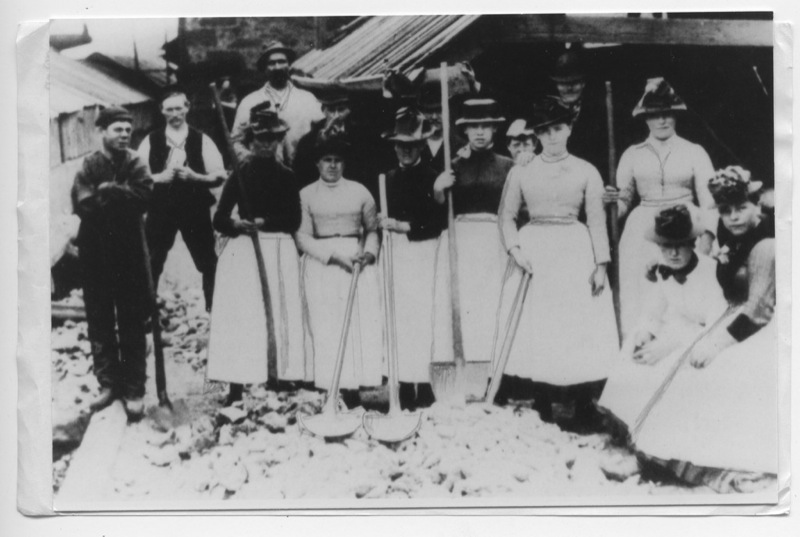 A group of 'bal maidens' at Dolcoath who helped to "dress" or prepare the ores for crushing by the mills or stamps. Large numbers of women were employed in this way on all Cornish mines in the 17th, 18th and 19th centuries. In fact, during the opening decades of the 20th century there were still older women around the Camborne, Redruth and St Just areas who had "worked at the bal" during their early years.

This is a posed photograph, for which the women have put on clean white aprons and "Sunday best" hats in which they often travelled to and from the mine. Whilst at work on their ore-preparation, however, they would have worn rough hessian "towsers" (half-length aprons) for that rough and dirty work.