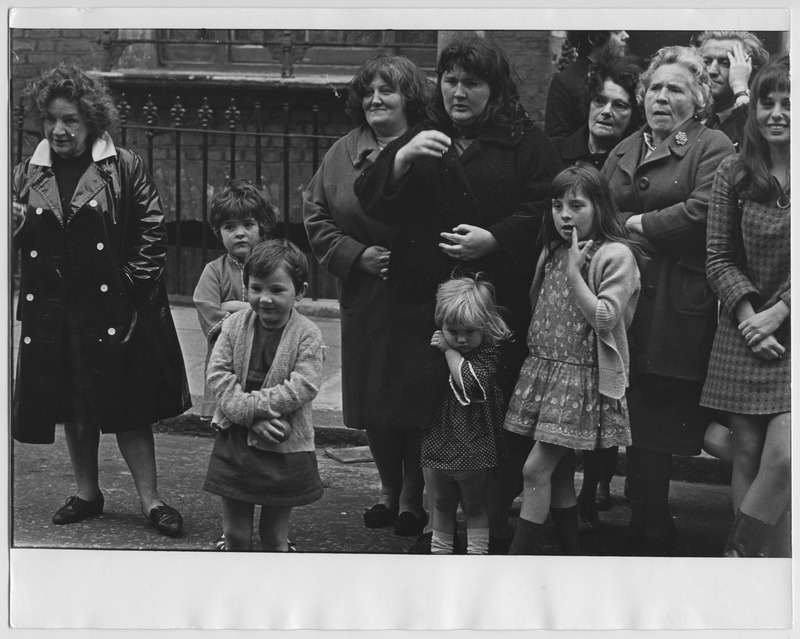 Islington
During the time that Serena Wadham lived there, from the late 1960s to 1987, the borough became increasingly mixed, with a large white working-class population rubbing shoulders with incoming young professionals and increasing numbers of new immigrants. Serena Wadham's flat in Noel Road was a few minutes walk from the Regent's Park Canal, Islington's crowded shopping streets and markets, and the new high-rise Packington Estate. The grittiness of her many street photographs now seems reminiscent of- and was perhaps influenced by- contemporary TV docu-dramas such as 'Cathy Come Home' and 'Edna The Inebriate Woman'. She made many images of children, a subject that - even for a female photographer- would be problematical today.